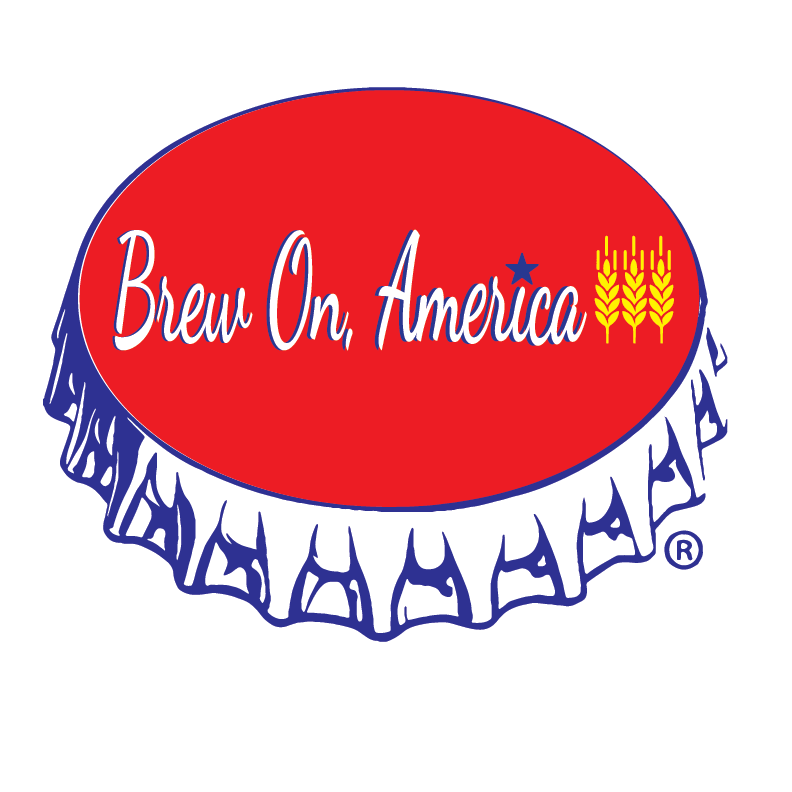 THE STORY OF JAY THE WELDER (JAY LESHER)

During his childhood, Jay’s Dad worked at International Harvester as a Quality Control Inspector for tractors. He lived with his parents, his sister, and twin brother on Rock Island located about three blocks from the Mississippi River and Rock Arsenal Island where the famous locks and dams are located, with Davenport, Iowa located on one bank and his home in Rock Island on the other. His small house had a dirt floor basement where his Dad raised hamsters and parakeets for his pet shop called “Fin and Feather” that was located in Rock Island. Later on, his Dad built a two-car garage in the backyard where the alley was located where he used his mechanic skills by working on motorcycles, another passion of his, to make extra money. Jay got his entrepreneurial spirit from his Dad.

“This is where I was first exposed to machinery, “ Jay reminisces. “My Dad had a surface grinder and a drill press and as kids, my brother and I thought that was very cool. As we would work on our bicycles and use his tools, he would instill in us the idea ‘Never compromise the quality of your work. People will come to you for your services when you are a pro at what you do.’ I live by that motto today.”

Jay’s Dad worked all of the time and eventually needed help from his Mom who applied her expert accounting  skills. “When my Mom took over the pet shop, I remembered driving with her to the wholesale fish distributors to buy fish for the pet shop, “ Jay recalls. “I also had my first retail opportunity to work at our pet shop where I learned to take care of all kinds of animals, as well as freshwater and saltwater tanks. I have had a fascination for aquariums ever since.”

Every year the family would go on summer vacations to one of two destinations, California where his Dad grew up and his father lived, and Florida where Disneyworld was his “home away from home” for a week, as well as the white sands of Treasure Island Beach for relaxation. “Those childhood days birthed my love for the West Central Coast of Florida,” Jay states with pride. “And it’s where I call home now.”

“When my brother and I were kids,” remembers Jay, “We always seemed to get in some type of mischief and trouble. My parents were too busy working to often notice just what we did and when, but when they found out we got a very deserving ass-whipping.  As we got older, it was all about chasing a buzz and driving around chasing girls.” This lifestyle choice led to poor decisions and relationships with people who did not have the best of intentions, eventually sending Jay Lesher to prison in Illinois in 1984.

“This could have been the end to my story,” Jay states with a grateful heart. “But, instead it was only the beginning.”

Everyone in prison had to either work a job, or go to school.

Inspired by the hard work ethics that his parents taught him, Jay chose to work a job in the prison, even though his parents supplemented his commissary account, so he never had any needs.

Initially, Jay was assigned to a work in the kitchen, originally mopping floors , and then he was approached to become a server on the food line at $15 a month, and because of his work ethics, they moved him to a cook position for $45 a month.

“When I realized that many of the prisoners were attending vocational courses, I decided that I would try my hand at that. Since I had watched my Dad tinker on cars and bikes as a kid, I had taken auto mechanics in high school and had dabbled with some welding, learning to braise. Something about welding just seemed natural to me, so I decided to take the beginner’s course in welding. I got a 4.0 in my first class and the teachers said that I was definitely a natural, “ Jay says with conviction, knowing that was how he had found his true calling. “I found out that I couldn’t move forward with advanced classes without a GED. I figured if I could get a 4.0 in welding, I could get my GED.”

“In my quest for earning my GED, a teacher discovered that I was Dyslexic. She taught me to read and write with a “love to learn” method. After I earned my GED, I even took some college courses, ” Jay says with a strong sense of self-satisfaction. His spiritual transformation also began as he gave his life to Jesus, reading the Holy Bible and attending church on Sunday.  He also focused on his physical well-being, even receiving a Presidential Academic Fitness Award from President Ronald Reagan.

After completing his Advanced Welding Class, for which he also received a 4.0, Jay became a Dorm Janitor for the last few weeks of his sentence. Upon his release in 1987, Jay was out-of-state paroled to Clearwater, Florida to live with his parents, who had recently moved there. “After scoring the highest on their welding test, I was hired for my first job at Magic Tilt Boat Trailers as a line topper welder for $5.50 an hour, “ says Jay. 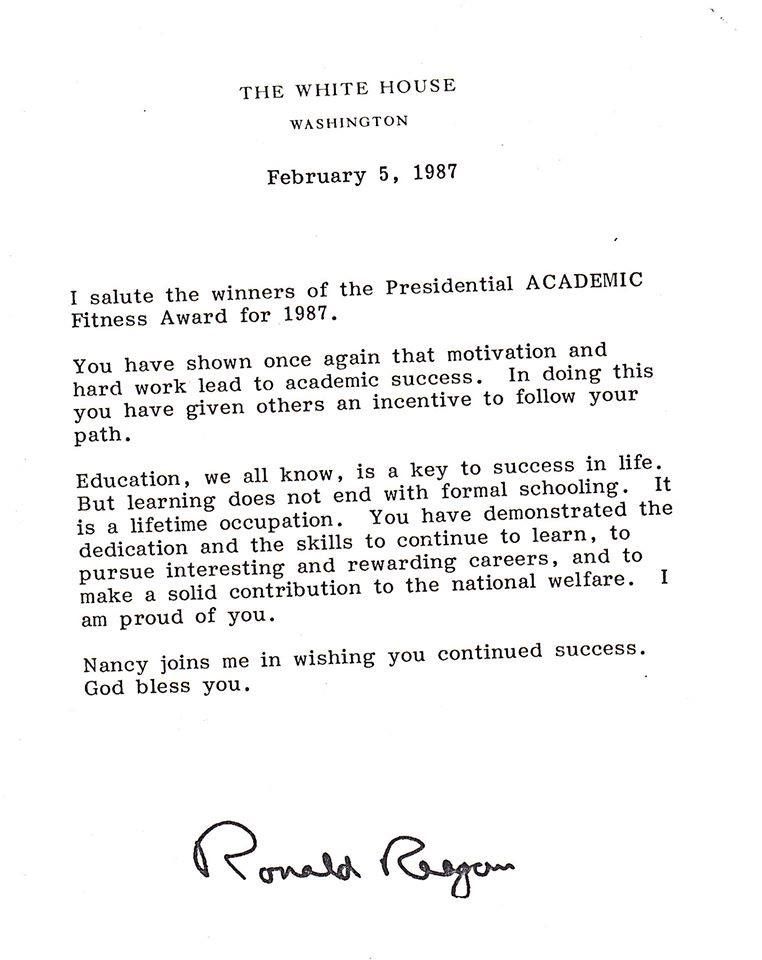 JAY THE WELDER IS BORN

Throughout  his welding adventures, Jay The Welder has worked for many companies as an employee and independent contractor, mastering various types of welding.

In the marine industry, he built tuna towers and hardtop boat frames out of aluminum anodized pipe. While working for Douglas Machines Corp., he learned how to build stainless steel industrial dishwashers. “I met these seven phenomenal TIG welders who made a very large impact on my ability to weld in that style.”

At Kemco, he built stainless steel storage tanks, hot water heaters and pipe packages, eventually becoming an ironworker for companies such as United Steel. He was passionate about this tradeskill because he learned how buildings were constructed by actually working on them from the inside out. This also pushed him to overcome his fear of heights when he became a welding connector, walking the high steel, on such buildings as The Vinoy, The Valencia, and The Grande at Sand Key.

While employed by New World Brewing Systems, Jay had his first foray into welding for the craft beer industry. “This is where I was exposed to the Jetline Microsoft Welding Machines, allowing me to understand the dynamics of what a computer assisted welding machine could do for the tank industry,” says Jay. “I also mastered the process of planishing the welds on tanks.” He also utilized his expertise in TIG welding to master dairy sanitary welding.

“This is also the first time I ever brewed beer, “ explains Jay. “In 1995, New World Brewing Systems flew me out to Oregon to repair a gas-fired kettle. Things were much different then as we were still learning how to tweak the microbreweries: gas, steam, et cetera. The job took me only two days, but I was given four days to complete the job. The owners said it was in my best interest to learn how to brew beer since I knew how to build them, I wasn’t even a beer drinker yet.”

They made Jay brew the whole thing by himself. His first batch of approximately 17.5 barrels of beer was made on a New World Brewing System, a gas-fired 15 barrel. New World Brewing Systems was becoming very popular because of their unique design as a skid-mounted, plug-and-play system. “Because I thought the hops looked like rabbit pellets, I wanted to taste it and see what it was like. They warned me not to eat it, but I thought I was a badass and ate a few anyway. A few minutes later I was outside puking my guts out. That was the only break I took during the whole brewing process. The next day I headed back to Florida thinking to myself, ‘Why are people not brewing their own beer?’”

“Upon my return to New World Brewing Systems,” Jay recollected, “I shared my photos, feeling I needed to create a greater archive of my welding, and now brewing, adventures.“ Within a week or so, Jay was officially into homebrewing and ultimately building his first backyard brewery. He very quickly realized that the craft beer industry would be his calling for the rest of his life.

In 1996, Jay was in Atlanta building and installing another brewery for the same company, and started paying more attention to the skaters he passed on his commute. He embraced the innovation and bought his own pair of rollerblades, which led to a new opportunity. “When it came time to replace my rollerblade wheels at Skate Crate in Largo, I met the owners and told them how I came into rollerblading,” remembers Jay. These owners knew that the new aggressive style was something to capitalize on and were planning to build the third largest indoor skatepark in the United States.

“This was a moment where my natural sales and entrepreneurial instincts took over, “ Jay recalls. “I landed the job of supplying them with the steel, welding the railings,  and installing the copings at the top of the ramps. I negotiated for partial cash and a lifetime membership at the park, plus three sets of skateboards and three sets of rollerblades. More importantly, this is where I got my nickname, ‘Jay The Welder.’”

As Jay was doing his part to build the park for Team Pain Skate Park Design & Construction, the other workers always seemed to be yelling for another guy named Jay that was a woodworker. “At the time I had some back pain from working my day job plus my gig there as well. I was really tired and kinda snappy,” Jay said. He told the guys, “Hey, I’m ‘Jay The Welder.’ The other guy’s ‘Jay The Woodworker.’ And that’s how it started.” Jay shared his homebrewed beer with everyone as they tested their work on the park daily with their rollerblades and skateboards.

When he got a job at Deco Boatlifts as a stainless steel pipe welder, he asked the owners, who later became his mentors, for permission to take off time to continue working as an independent contractor for the brewery industry. In 2009, when Jay The Welder was contracted to help out at Cigar City Brewing, life would never be the same again. 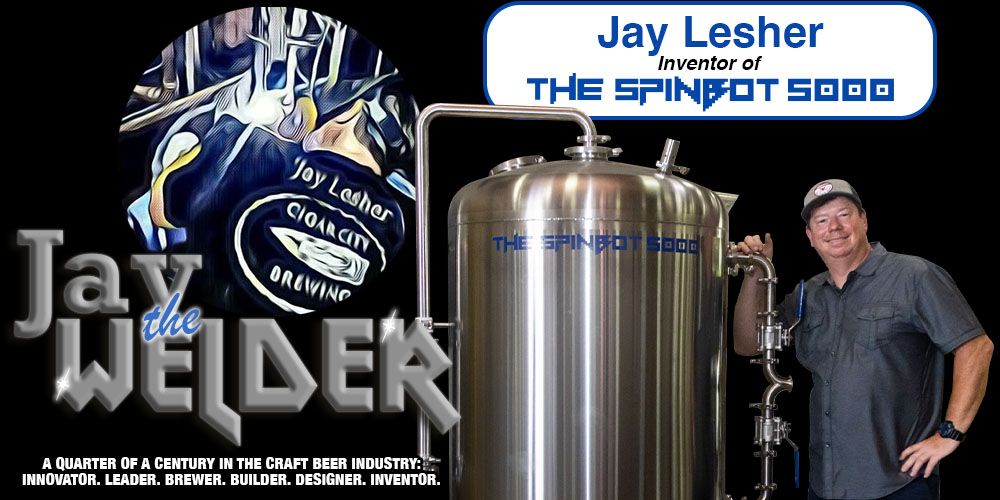 After 26 years in the craft brewing Industry,  Jay Lesher aka Jay The Welder has developed a reputation internationally as a specialist in his field and is now enjoying his ninth year as Master Welder for Cigar City Brewing in Tampa, FL.

“Traveling throughout North America to help build and repair craft breweries has been part of my passion to push our industry forward towards its greatest potential, “ Jay The Welder says with pride.

In 2013, Jay’s greatest invention - The Spinbot 5000 - was first used at Cigar City Brewery in Tampa, FL and the original model, as well as a secondary one, are still in use today to create some of their best beers including the signature Hunahpu’s Imperial Stout, White Oak Jai Alai, Humidor IPA now known as Jai Alai Spanish Cedar, Homefront IPA (infused with maple Louisville Slugger baseball bats), and Margarita Goza. It is also used in a great percentage of Cigar City’s barrel-aged beers, allowing flavoring on the back-side of the barrel aging process, which prevents potential risk for loss of product and ingredients from traditional methods.

In June of 2020, Jay founded Brew On America, LLC which provides consulting, custom fabrications, and products to the Craft Beer Industry and is home to The Spinbot 5000 and future inventions under development. For more information, go to BrewOnAmerica.com.

A Star is Born

He's not just a Star on his own Brewcast. You also might catch Jay singing for fun at Karaoke, or performing at a KathySings4u themed show either singing a duet with his best gal or rocking out a solo!